As I have succesfully built the ATU-100 kit, I decided to go for a beafier ATU kit.

Some weeks ago I received a kit from Ali Express.

It is based on the same design of N7DCC, but the board is designed by EU2AV.
The same firware is used as the ATU-10/100 firmware. but configured in EEPROM to match the ATU-1000 specifications.

All parts are inside the kit to fully build the tuner. 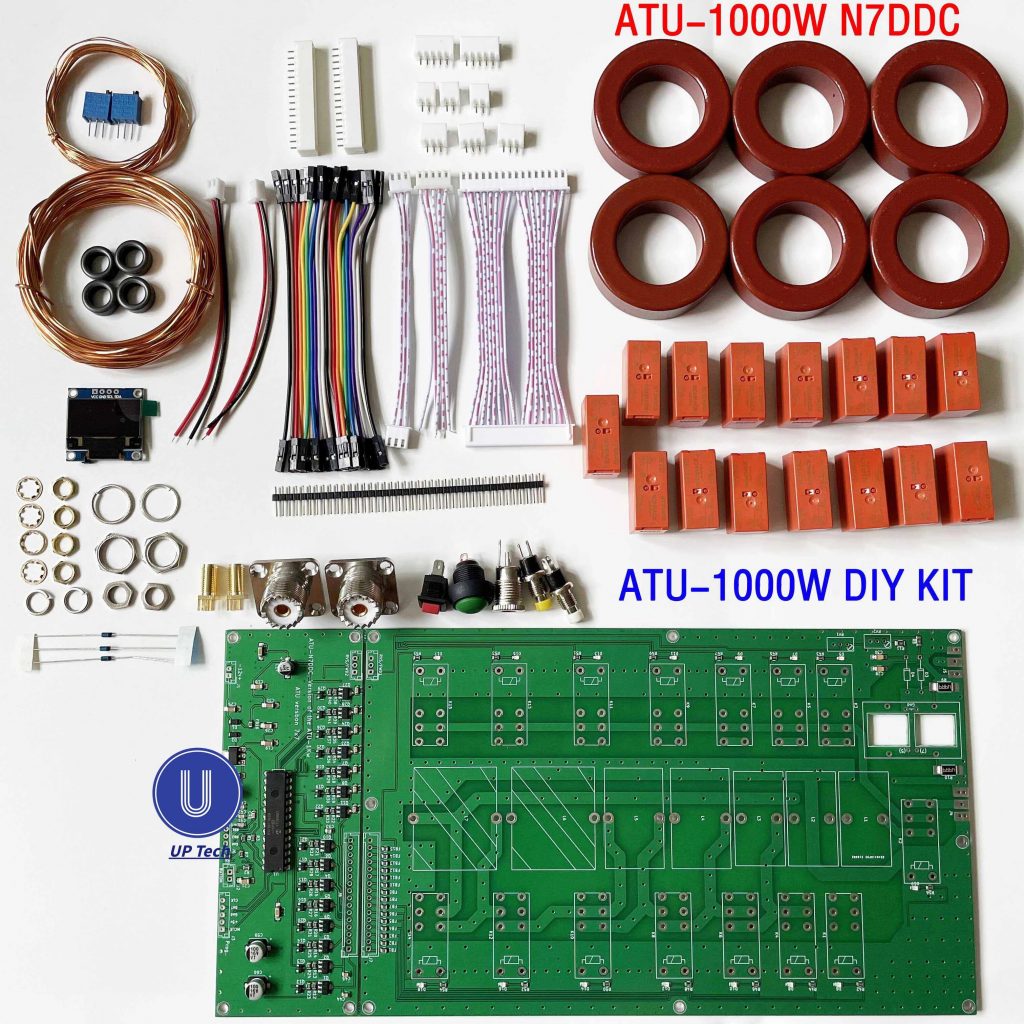 Nowhere on the internet were some building instructions easy to find. Fortunately, the kit came with a document with some directions on how to wind the coils.
I thought this was useful info, and something to share with you. 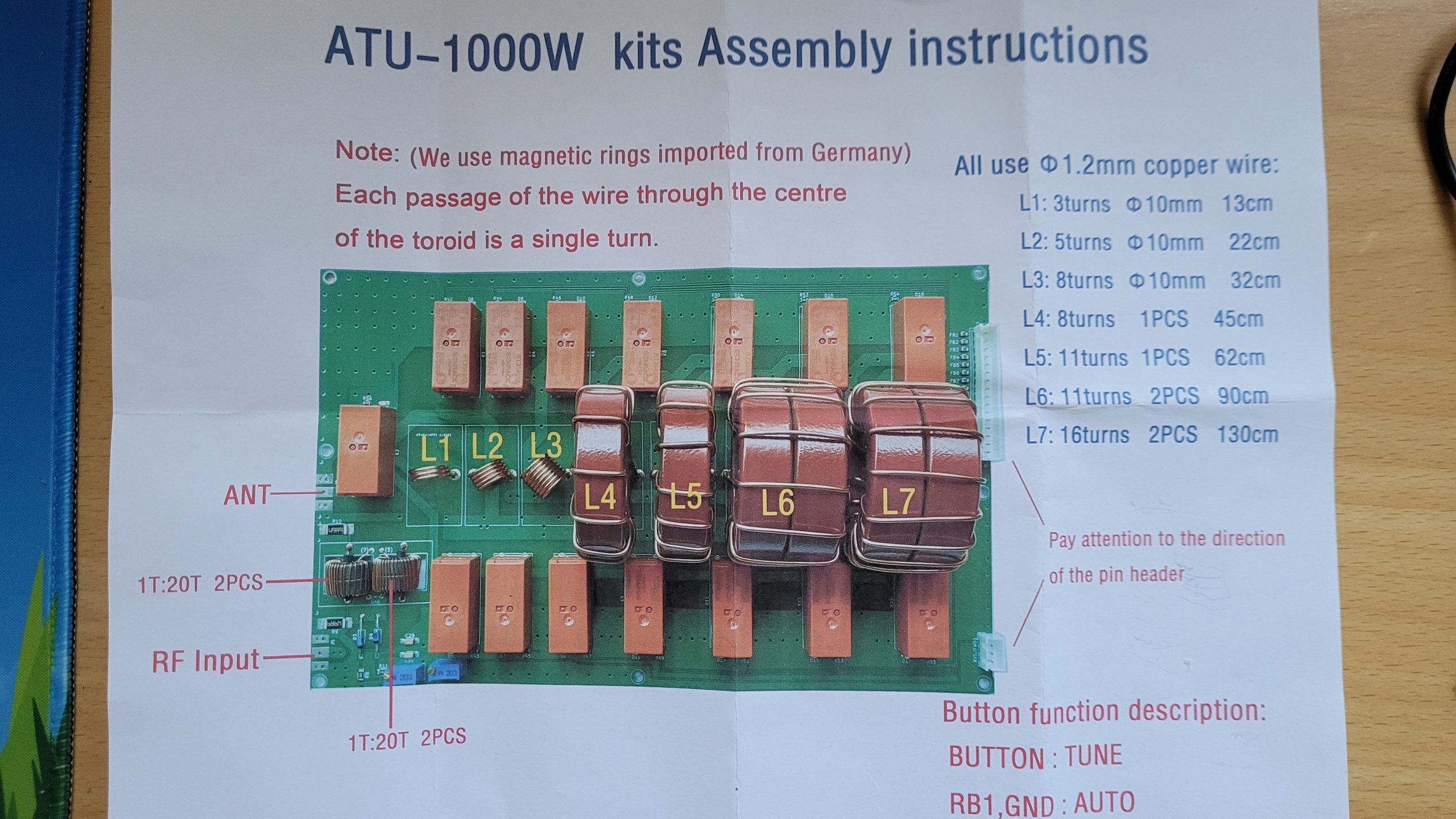 I was a bit sceptical about the genuinity of the T200 cores, but I have tested them compared to original Amidon T200 cores I have had lying arround.
And to my surprise there where genuine 🙂

Assembly was easy as all SMD and PIC Microcontroller where already soldered.

The only thing needed to do was soldering in all the relays and inductors. 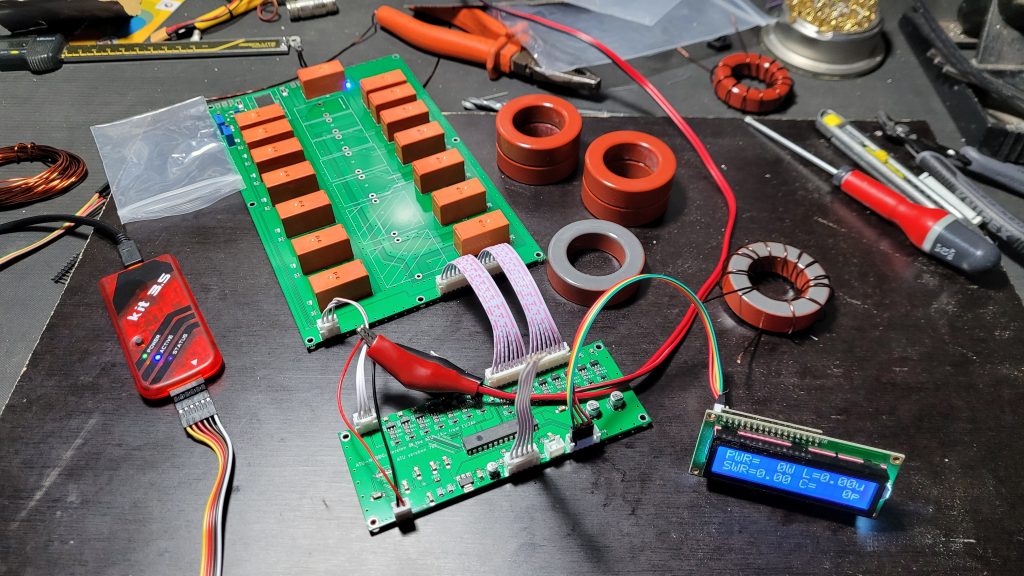 I had already decided not to use the small OLED display. A large tuner needs a decent larger display 🙂

I had a nice case lying around, really perfect for this tuner. so this is done and the tuner is placed in this housing.

I just had to put the controller board somewhere else.I made new board connector cabling so I could place it next to the tuner board. 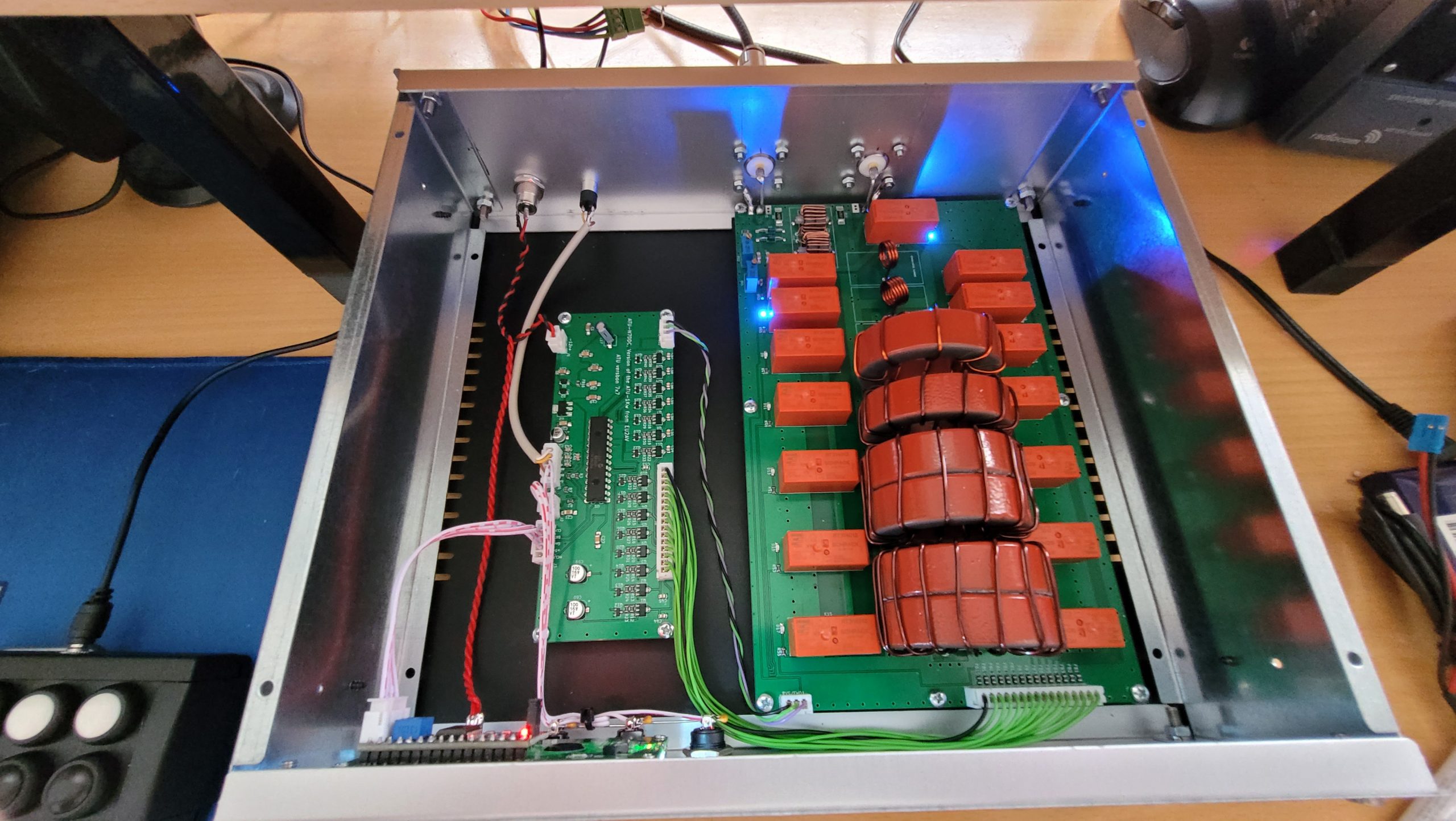 Not entirely unimportant was the design of the front.
Drawn in Corel Draw, and printed with a laser printer on special aluminum foil. and this foil sticked again on 2 layers of PVC adhesive foil. this is to make the foil as a whole a lot more rigid.
Furthermore, the print is finished with 5 layers of acrylic spray paint. 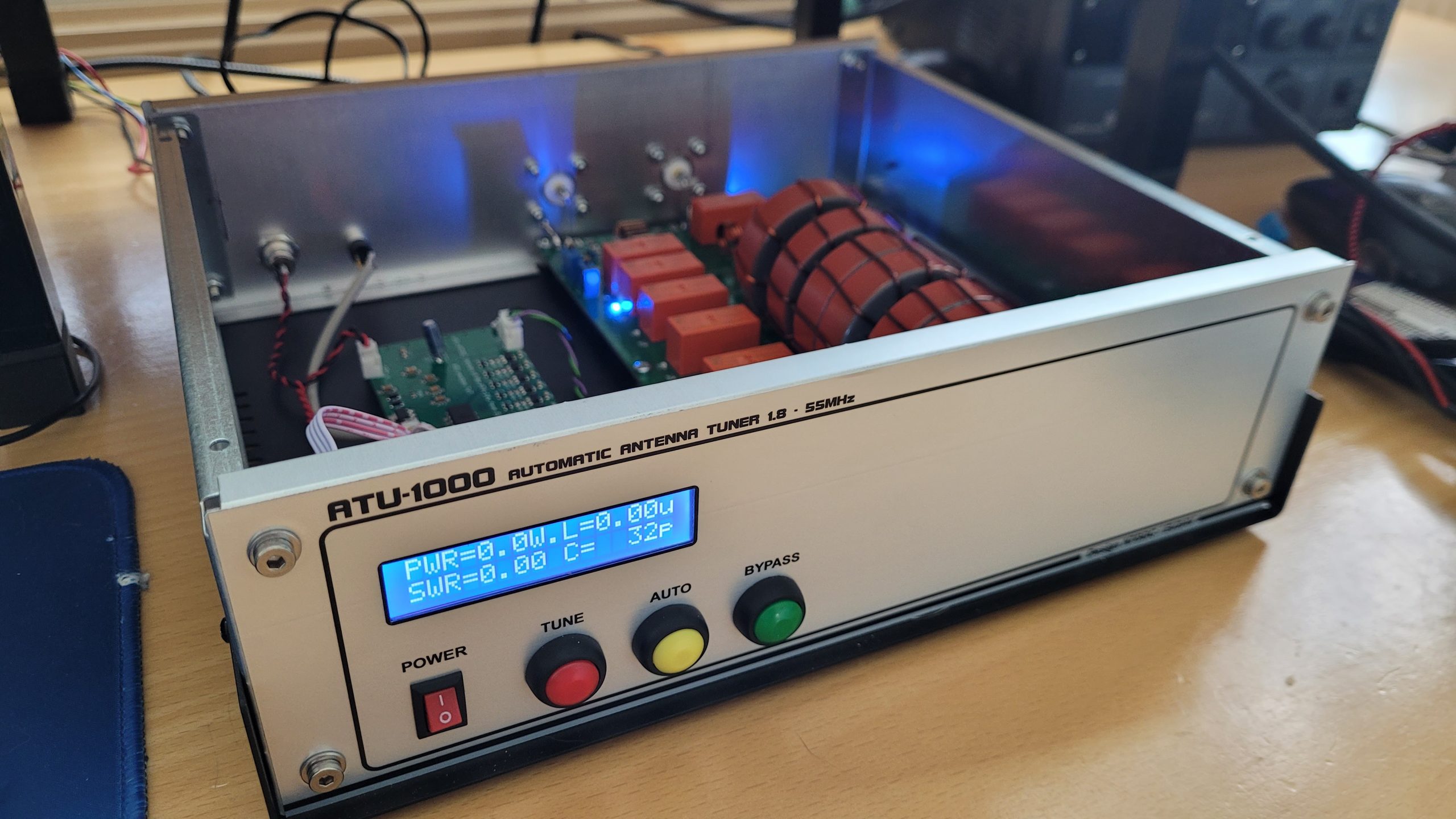 Improve SWR Bridge, sometimes it doesn’t measure the right SWR, especially with completely non-resonant antenna systems, it can sometimes indicate that the SWR is well matched. But in use, the SWR is still high.